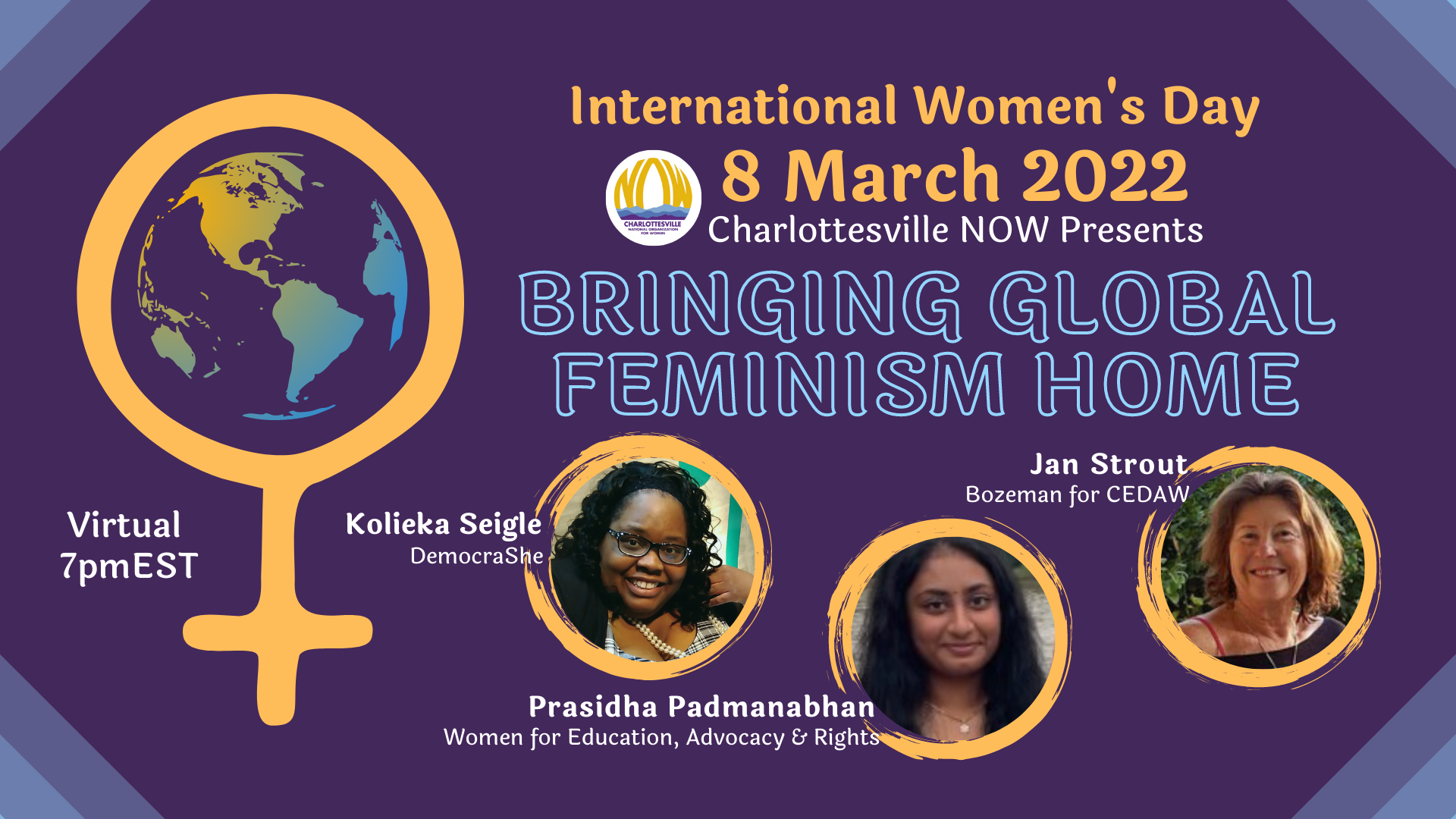 On March 8th, International Women’s Day, join Charlottesville NOW for an important conversation on the importance of ERA on the Global Feminist front.

They’ll cover such topics as reproductive justice (global gag rule), constitutional equality, violence against women, and feminist foreign policy. And they’ll answer the question, “what the heck is CEDAW?” (Hint: UN treaty barring all forms of discrimination against women, ratified by nearly all the world’s countries, but not the U.S.!)

Also presenting will be Prasidha Padmanabhan, a student who founded an organization created to combat sexism through education, advocacy and fighting for women’s rights and convinced her large Virginia school system to include more women’s history in the curriculum.

RSVP HERE TO RECEIVE LINK TO JOIN VIA ZOOM
(After registering, you’ll receive a confirmation email with the link to join.)