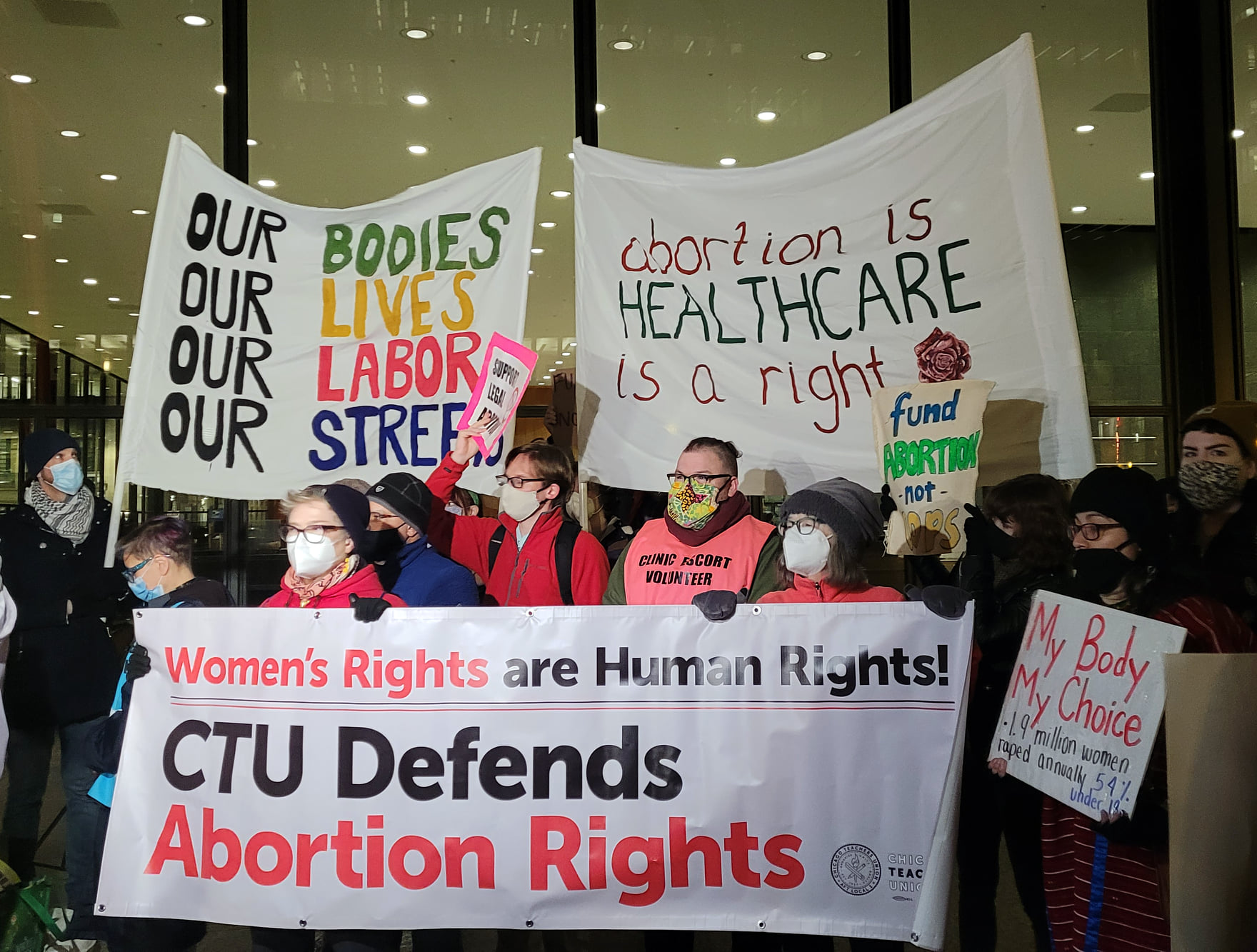 In January of 1973, the landmark Roe v. Wade decision made legal abortion the law of the land in the US. This historic victory has already been overturned in Texas and the Supreme Court could well gut or overturn it officially in the coming year.
In Chicago each year, the anti-abortion bigots want to turn the anniversary of Roe into a rallying cry for their side. They don’t represent the majority and we won’t let them represent our future!
Join Chicago for Abortion rights and our local reproductive rights allies as we peacefully counter protest the bigoted anti-abortion March for Lies. With Roe hanging in the balance, it is more essential than ever that the majority of people who support abortion access and bodily autonomy act now to demand: abortion for all, no bans anywhere, no vigilante bounty hunters. Make our voices heard.
Bring your friends, family, and co-workers! Also, please wear a mask for COVID safety!
Joining Chicago for Abortion Rights as co-hosts so far:
Chicago Abortion Fund
Chicago Democratic Socialists of America
Chicago Feminist Action
Chicago NOW
The Clinic Vest Project
Gay Liberation Network
Illinois Choice Action Team
North and Northwest Suburban NOW
Party for Socialism and Liberation-Chicago
Physicians for a National Health Program-Illinois
Radical Women – U.S.
Refuse Fascism Chicago
Reproductive Transparency Now
(list in formation)
CHICAGO STANDS FOR ABORTION RIGHTS AND WITH ABORTION PATIENTS AND PROVIDERS!!!