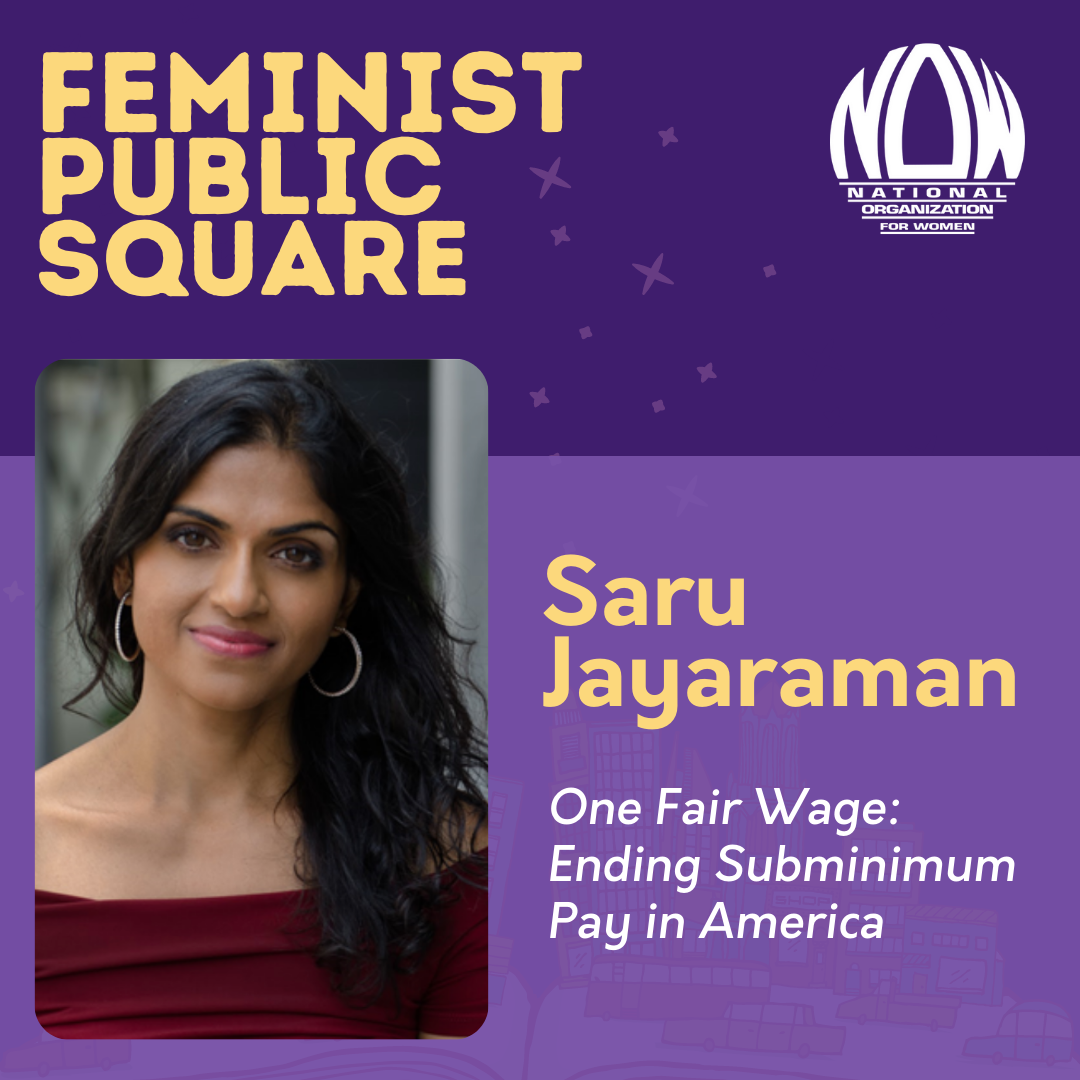 We are delighted to announce that our next Feminist Public Square Book Club event will take place on Wednesday, February 9th at 7:00 PM ET and will feature author, One Fair Wage President, and University of California, Berkeley’s Director of the Food Labor Research Center Saru Jayaraman, who will discuss her critically-acclaimed book, One Fair Wage: Ending Subminimum Pay in America.

Pick up One Fair Wage: Ending Subminimum Pay in America today and join us for a thought-provoking discussion between National NOW President Christian F. Nunes and Saru Jayaraman including a live Q&A. Register to join us on January 26th.

We hope to see you there!